There are too many one-story commercial buildings in the City of Toronto with no security on the grounds and lots of bins and adjoining sheds that offer easy access to the roof. An unsecured flat roof is a favorite target of thieves because its often completely out of sight, and crooks can make a lot of noise up there without anyone on the ground seeing or hearing anything suspicious. 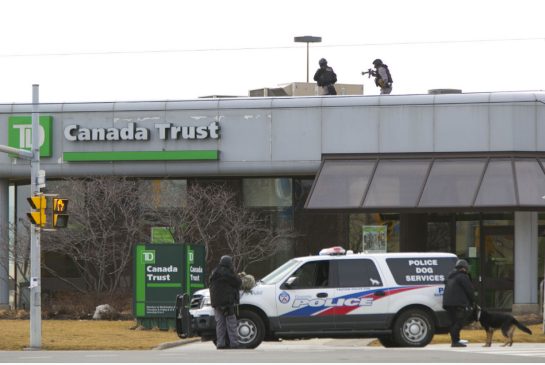 Another break & enter-through-the-roof bank robbery just happened again in Toronto last month, February 2016 at the TD bank at Kipling and Queensway. The thieves tripped alarms inside the bank and were apprehended making their escape from a hole they created in the flat roof of the one-story building.

Probably the most notorious rooftop burglary of all time happened in 2010 at an Eli Lilly warehouse in Connecticut where more than $75M worth of prescription drugs were stolen. This was in fact the largest pharmaceutical heist in history. Two brothers cut a hole in the flat roof of the building, rappelled down into the warehouse with ropes, loaded pallets full of drugs onto a truck and drove out the main gate like everything was normal. They were arrested in Florida a few weeks later, captured by FBI agents and prosecuted with the help of DNA recovered from a plastic water bottle found at the scene.

How hard is it to cut a hole in a modern flat roof?

The composition of a typical flat roof includes virtually no security additives. The average roof is layered with pea gravel on top of roofing tar (these days that’s petroleum bitumen) smeared over a poly-fiber membrane plastered onto the plywood surface. 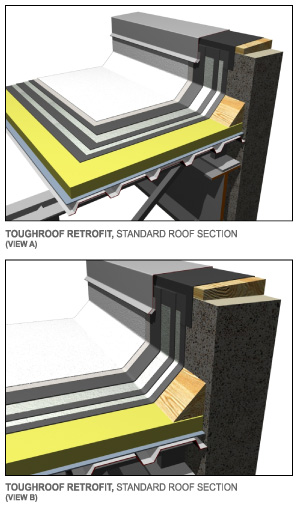 After drilling a thumb sized hole in the surface, a Sawsall (heavy duty jigsaw) can slice though this assembly like chocolate layer cake. It probably doesn’t even make that much noise.

Banks and other secure financial institutions put quarter inch steel plate in the ceilings above the vaults and server rooms, but the roof over the institution itself is generally no more secure than the convenience store or the seafood restaurant in the same complex. There’s often no security cameras on the roof above the perimeter wall cameras because there’s no easy access into the building from the roof. Its not considered a significant threat because at night there are no valuables left unsecured inside a bank building. Thieves who get inside the structure still have to disable an interior alarm system and then go to work on the vault.

Skylights are Security Holes in the Roof

Every window in every building ever raised is at some risk of being used as an entry point, but skylights are more vulnerable because again they’re often well out of sight from the masses. With an excess of time, criminals can more skillfully and quietly cut through the glass panel over the latch.

Are the skylights in your flat roof a security threat?

The amount of risk depends on many factors, including the location of the window and how accessible it is from the ground. Also important is the type of window glass and glazing used.

Building owners can reduce risk by implementing some simple ingredients into their building security mix.

First thing any security expert will do is ensure all rooftop access points are secured and monitored by the existing alarm system. If they’re not covered they’ll design better coverage to include them all in the surveillance net. Motion detectors can be set up to trigger thermal cameras, floodlights and even sirens in high value areas of the roof or parking lot below.. 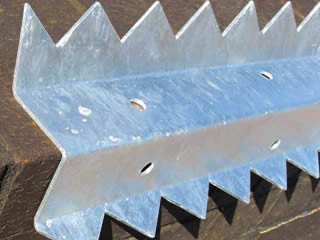 Make it difficult for someone to conceal themselves on the roof from neighbouring buildings and other vantage points. If there are cameras pointing at the roof access ladder cage, make sure this access point isn’t routinely obstructed by tall vehicles or trash dumpsters.

Add lights on motion sensors to the roof

Bright exterior lights should be set up on timers and focused to illuminate dark alleyways and rooftops without anyone having to remember to turn them on. This is especially important if the area is additionally secured by motion detectors and video cameras. One of the best deterrents is a motion sensor floodlight and it helps make a crisp video picture.

If you have a motion detector security system, be sure and routinely test the system to ensure it’s in proper working order. Make security checks a weekly ritual that must be followed and logged.

Educate all players in the security program 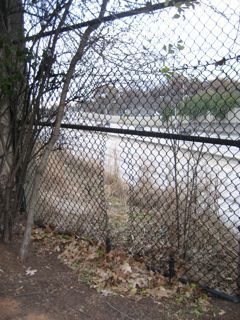 Ensure your alarm company has a protocol or an updated set of instructions on how to handle alarms. Confirm all contact information is up to date. If there are varying numbers or protocols to follow on different days / hours, ensure those are correctly conveyed and understood by all parties.

Educate your staff on basic security threats. Things such as suspicious phone calls or vehicles should be documented. Do daily security checks of your facility and approaches. Take note of anything unusual such as holes in the perimeter fence, or trashcans being moved next to the building, etc

One thing we always tell our clients is to think like thieves and take a walk around the neighbourhood. Your goal isn’t to turn your flat roof into Fort Bradley, but rather to eliminate the obvious threats and make your building more secure than your neighbours’ holdings.