“The Toronto Police Service will continue to provide front line response to reported alarm activation’s; however a verified response requirement will be implemented. “ 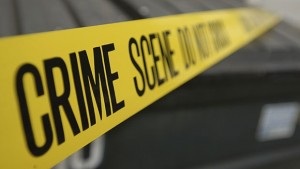 The Toronto Police Service will continue to provide front line response to reported alarm activation’s; however a verified response requirement will be implemented

Their goal is to better manage their resources through continual efforts to reduce response to false alarms. During 2014 Toronto Police responded to >23,000 alarm activation’s. North American Police statistics show that 98% of alarm activation’s are reported as false.

Verified response is defined as, “The requirement of validation that criminal activity is occurring/has taken place or there is imminent threat to personal safety prior to requesting a police response.”

Burglar alarms may be verified using one or more of the following methods: Audio device, video device, multiple zone activation’s or eye witness (i.e. private security or person at scene).

Note all panic alarm activation’s will not be included in this policy, i.e. Life threatening/life safety alarms such as hold-up, panic, duress and emergency button.

What Does This Mean for the Protection of Your Facility

Multiple zone activation is the most important change and I see it as a good thing. What this means is that more than one single door / window contact or motion sensor must be activated. This indicates intruder movement within the facility.

An alarm is reported as false by the Police if there is no evidence of forced entry, no movement seen inside through the windows and no reply to knocking on the door(s). Door knocking is to determine if employees are present since the largest percentage of false alarms are generated by human error.

If a motion sensor goes into alarm once and resets, for whatever reason. It does not necessarily mean that it is not working correctly. It could have been set off by a small rodent, birds or a heating vent creating hanging signage movement. The detectors did detect something but it was not associated with a break in and therefore concluded as a false alarm by the Police.

This new requirement will high-lite the importance of good system design by having door / window contacts backed up with motion sensors to provide multiple zone activation’s during a break in.